On our recent Avalon Waterways cruise on the Seine River, we had two ‘ports of call’ for our second day.  After a fantastic morning exploring the gardens and home of Monet in Giverny, we stopped in Les Andelys.  Perhaps my favorite part of this stop was just as we were gliding into position along the dock, there were locals strolling along the waterfront, enjoying their Sunday Afternoon and only passively interested in our arrival.

We had the choice of a walking tour through town, or ‘up the hill’ to Chateau Gaillard which was built by King Richard the Lionheart as a fortress in 1196.  We opted for the town tour, which I thoroughly enjoyed; nothing special, just a walk in the heart of another charming, quaint, little French jewel along the river.  However, I wish there had been enough time to also hike up to see the ruins up close.  My camera was able to zoom in pretty well though; it looks impressive.

After our tour, we walked around on own, first along the riverfront, then up the hill a ways, overlooking town.  With only about 150 passengers onboard a river cruise, once you disperse and explore on your own, you feel like you’ve blended into the local culture as a respectful visitor (rather than arriving with thousands at a port on an ocean cruise and being seen as invaders!) 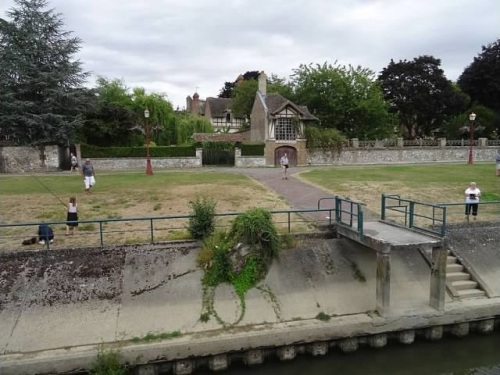 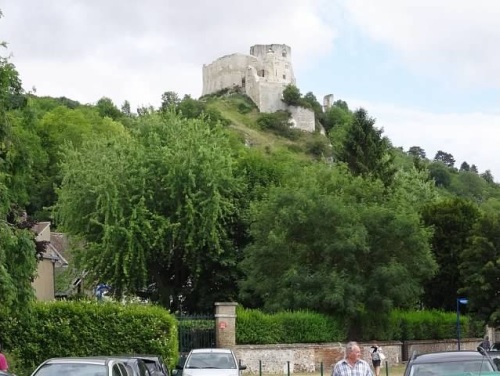 Chateau Gaillard as seen from town 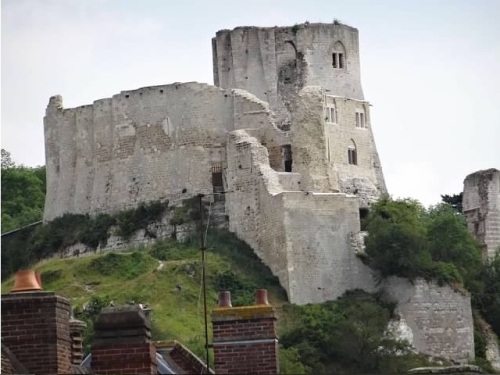 Chateau Gaillard with a zoom lens! 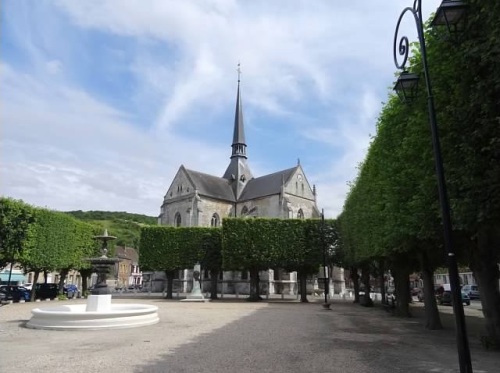 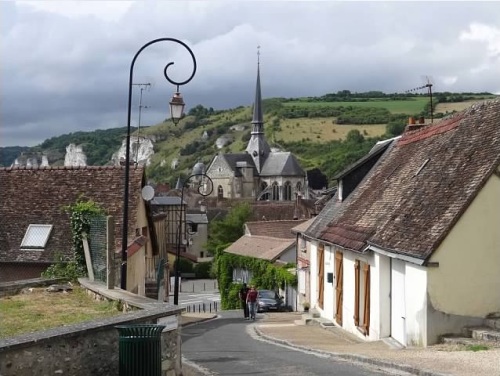 Les Andelys as seen from the hill 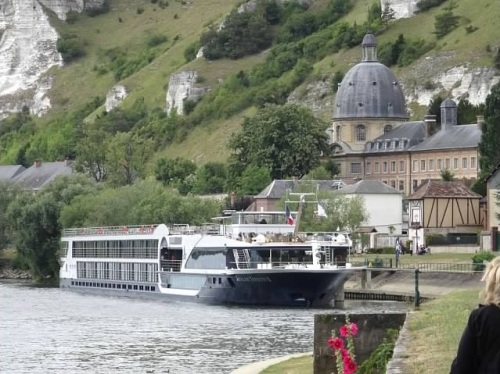 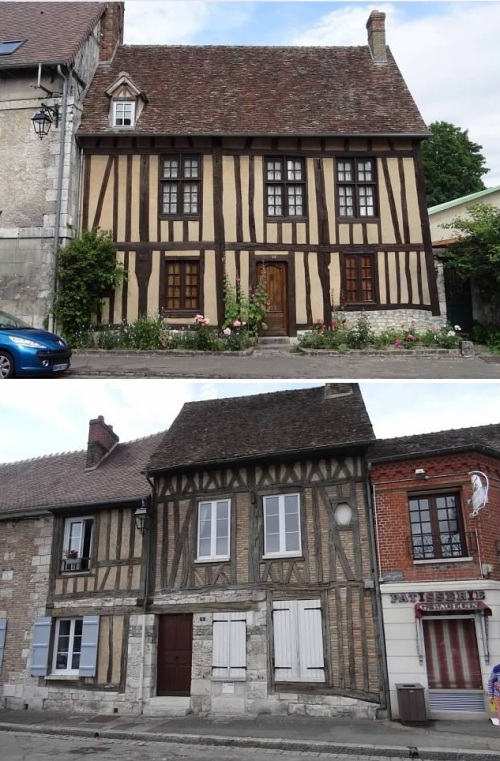